Play as Lara Croft and try to solve the mystery of an ancient artifact that you found during your last expedition. Will you wart the plans of an ancient desire cult that will stop at nothing to regain its former glory, or will you play right into their hands?

Shape Lara’s path depending on player choices – uncover untold secrets and encounter many situations. It is up to you whether Lara will resist the many temptations or embrace the corrupting forces that have set their eye on her.

Interact with many different characters – your choices will define Lara’s relationship with them.

Game features and future plans:
● Multiple paths through the story
● Multiple endings depending on player choices
● Your decisions shape the outcome and open up different paths
● Achievements – can you unlock 100% of each chapter?
● Solve ancient puzzles to unlock the secrets of an old cult 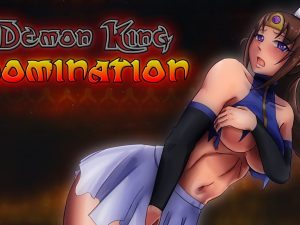 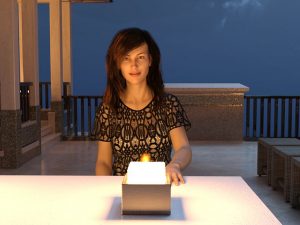 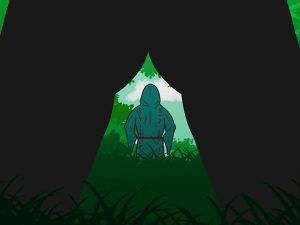 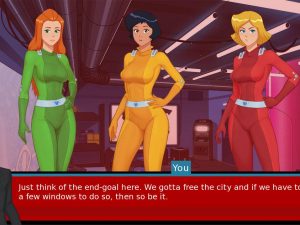 Very short but really nice content. Now it is up to see if, how often and how much it updates.

Like seriously why is almost 99% of FMC games full of dicks? I mean I understand woman play too but what about the woman who don’t like dicks, seriously this is getting ridiculous at this point especially when a lot of the people here are men and they seem to like these games more then women, makes you wonder doesn’t it . And why do all these gave make the woman sluts, so does every dev believe that woman are nothing more then dick cray sluts and then make then the MC of your game for all your male supporters who like dicks more then pussy is just a joke

okay, Princess.
You got it!

I never understood why people like you are so hateful on sites such as these, but it’s probably because you’re clearly still a child and I’m not. Personally I enjoy playing as both mmc and fmc for different reasons, and I suspect this true for most ppl here but I don’t focus on things I don’t enjoy like dicks, I just play the game. Normally I don’t comment, however the level of pettiness and ignorance you displayed were so annoying, I felt compelled to give my two cents.

So giving my opinion is all that stuff because I don’t agree with others? I’m hateful for saying what I think and then being insulted and called names? My original comment was just my opinion but got hated on cause people don’t like seeing anyone call out the all the hypocrisy around here. Anyway I’m done defending my comment which was just my opinion and really don’t know why so many got offended, well good luck with that and keep crying about it if it makes you feel better, tata

That is WHY YOU replied??? We all know Trump is as gay as they come and you use his name and calling people faggot? Hypocrite much?? Now why do so many so called straight men call people gay for asking for more pussy in these games and less dicks? If it’s gay to want more pussy then I am gay as fuck Thank god for that

That game will be abandoned before it’s complete, 2 updates a year give or take and a duel MC game. No thanks That game is for cucks, NTR and beta fucks (no offence) but it’s true It pretty much tells you in the description that the MMC gets domed so not really my thing but to each their own and al that stuff

Dog Days of Summer, Bad Memories, Erisas Summer are the biggest most perpetually updated lesbian games I’ve seen here. All of them take a long time between updates though.

Dude you say this shit, and try your absolute hardest to go for a harem route with all the girls in a male MC game. Of course the FMC game is going to full of dick, it’s straight content. You’d be whining if your Male MC had gay content and yet you come here expecting heavy gay content simply because it’s a FMC? Just skip the game, no one is forcing you to play any ways.

Seriously dude? So it’s all good cause it’s straight content cause of FMC but who is playing and making choices for the MC? Also who is making most of these FMC games? Women? No, it’s men writing and doing the renders. Who play’s adult VN’s more? Women? Again it’s a big NO, it is majority men, so you tell me what is so wrong with me asking why there are so many FMC without lesbian content? Cause I see nothing wrong with me asking these questions.

I see something wrong with you complaining about the obvious. It’s a FMC game, OF COURSE it’s going to have a majority of straight content. You seem foolish downloading a FMC game in the hopes that it’d be mostly lesbian content. Especially since the game doesn’t even have the tag. Just because the majority of people who play these game are men doesn’t mean women don’t either. Just skip the game like I said. You’re acting as if your being held at gun point to play.

Because I’m willing to be that the grand majority of folks who play this game are dudes.

In any case, rather than complain, why not make your own game to suit your own/other women’s preferences?

So why are you complaining about my comment? They say the definition of insanity is doing the same thing over and over again and expecting a different reaction, soooo I’m done!!! Some people will never get over the fact that all I did was give my opinion which is what this comment area is for, unlike most who complain about having to read when they are playing a VN, I gave an actual comment which seems to have got under so many peoples skin. Well tough, deal with it and stop crying

Lesbian tag. Use it, find what your after, stop complaining.

3/5ths of the games tagged “lesbian” are male protagonist games with threeways or similar your advice would be sound if you could search with more than one tag at a time but you can’t.

Stop whining bitch, if you love it, support it, if you don’t, move on. I am sure there are plenty of games for you to love. No point to lash it out on here really.

Why bother playing something you don’t like.. It’s that simple,, grow up and learn to appreciate free stuff, if you don’t like it then uninstall it and find your preference, if you still want to give your useless opinion and want more gay stuff,, go to the dev’s patreon give him money and ask him to make a game that suit you or if he don’t wanna make a gay shit,, go find other dev,, there’s many dev making gay stuff now..

What exactly is 3D about this game? To my knowledge renpy are text based games not 3D games… the tags should be updated…

The 3d tag is not related to mechanics, but art style and in this case the CGs are filled with 3d models.

Anyone know when there’s going to be a update?

Great start! Real short teaser and I’m excited for more updates. This took a lot of time, patience and thought.