In Mystwood Manor you play as a young adult who finds himself in charge of a very old and mysterious hotel, due to some “unexpected” events.
You will hire, train and manage your staff, build new facilities and upgrade your hotel to meet your customers’ demands. Each girl on your staff will have her own unique personality and backstory.
As you progress each of their storylines you will find out more about them and get to know them inside and out…
Will you be able to unravel the mysteries of Mystwood, while running and growing your hotel business? Get ready for a new adventure, filled with dark secrets, shocking plot twists and most of all, lots and lots of hot, steamy sex!​

Story:
• Added 3 new events for Amber (including the first 2 animations!).
• Added all tier 3 uniforms for Amber.
• Added 3 new events for Kay.
• Updated all older dialogs/scenes to reflect outfit tier changes.
Gameplay/UI:
• Added an option to skip UI animations in the settings.
• During the results phase, one random image will be shown now (instead of one for each girl/guest), in the following order of priority: 1. Guest complaints (if you get one of these, you won’t get a staff image). 2. New staff images (these will be added to your gallery). 3. Staff images that you have seen before.
• When you complete a guest’s stay without any complaints, they will get the VIP status for that level. VIP guest interactions will be skipped and handled automatically (and succeed if a staff member with enough skill is present). Note: If you prefer to play all interactions manually, this can be switched off in the settings.
• Added an overview screen to the results for a quick summary (to replace the individual results that were removed).
• Added the first upkeep events (for the housekeeping and maintenance stats). These can trigger when the corresponding stat is low.
• Increased satisfaction bar speed (even more) and lowered the volume a bit.
• Added the current and required experience for skills to their tooltip.
Bugfixes
• Fixed a bug that caused the selected guest level in the lobby to reset on loading a savegame.
• Fixed a bug that caused the hotel attributes to show incorrect values on loading a savegame.
• Text input now only accepts legal characters.
• Julia now receives experience when she works in the lobby for the first (during the tutorial).
• Fixed a bug causing the last image of a dialog to skip back to the previous one when skipping through.
• Events are no longer locked when they shouldn’t be.
• The check-in phase can no longer get skipped (causing a guest to be “stuck” in the lobby).
• The guest level cannot be set higher than the hotel level anymore.
• Fixed a bug causing Amber not to join your staff.
• Fixed a bug causing the menu to go behind the guest tooltip during checkout.
• Getting the exact required satisfaction now shows as a success (as it should).
• Fixed a bug that caused returning guests to not go to their selected activities.
• Fixed a bug that caused certain failed interactions not to register as a strike.
• Added the current and required experience for a skill to its tooltip.
• Fixed a bug causing the interface to lock up after doing a renovation.
• Fixed the waiting area upgrades for the sauna and the fitness as they were bugged (the upgrades will be renamed and get different images later on).
• Fixed a bug causing Amber’s “maid to measure” event to trigger before getting to skill level 2.
• Fixed a bug causing the claim reward button on the tier list dropping off-screen.
• Updated the tier reward requirement tooltips to better explain their meaning.
• Added a tooltip to the claim tier reward button.
• Fixed a bug that caused scenes of the girl sleeping to be prioritized over the working scenes.
• Fixed a bug causing low-level special events not to trigger at higher staff levels.
• Fixed a bug that caused special event dialogs not to be added to the history log (for both staff members and guests).
• Fixed a bug that caused the incorrect event tiers for guests to be shown on their profile.
• Fixed a bug in replaying guest events (Orville’s).
• Fixed an additional 25 minor bugs.

• Added Riley as an unlockable staff member.
• Added Kay as an unlockable staff member.
• Added the first 3 events for Riley.
• Added the fitness center and the corresponding outfits.
• Added the sauna and the corresponding outfits.
• Added the maintenance room and the corresponding outfits.
• The maintenance stat will now unlock as part of the story.
Gameplay/UI:
• Added image galleries to each of the character profiles. Whenever an image is added, a camera icon will appear and a shutter sound will be played. (Right now only the working images are added, in the future, this will be expanded).
• Updated the level 2 guest requirements.
• Added guest dialogs for the sauna and the fitness center and their corresponding outfits, as well as several new activities for level 2 guests.
• Removed the confirm button on the activity, check staff, and check guest screen. (So you can now just click once.)
• Added a back button to the activity, check staff, check guests, and map screen. (To make up for the loss of the confirm button.)
• Increased the update speed of the satisfaction bar to a set time interval (please let me know if it’s still too slow for you).
• I have rebalanced the guest rewards and room costs to reduce the grind. Leveling up the hotel takes a bit longer now, so you should have enough money to continue construction as soon as you get to level 2, allowing for a smoother progression. (Please let me know if you think the costs/rewards should be balanced differently.)
Bugfixes
• Fixed a bug causing you to get a blank card from Isabella.
• Fixed several minor bugs.
Upcoming changes in the next update(s):
• Skip tutorial.
• Destiny points (and exchanging them).
• Achievements.
• Splash screen.
• More locations to explore.
• More girls to hire.
• More guests.
• More special events.
• Attribute events.
• Further balancing of the costs and rewards.

Changes Julia to mother and Amber to sister.

Just copy the mapping file to the (root) game directory. 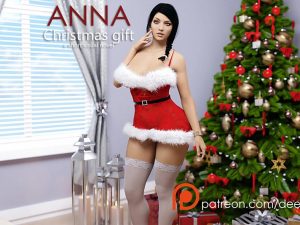 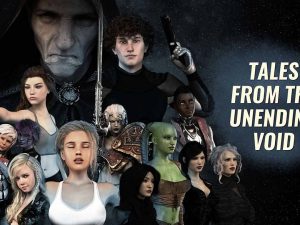 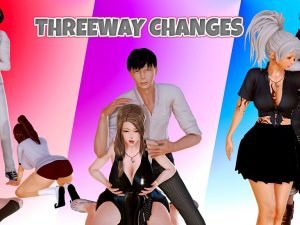 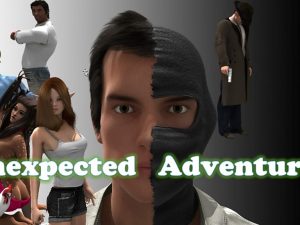 I LOVE THIS GAME!!! just like Man of the House…the only problem is that this is still way to early…hopefully developers will finished quick cause every update you have to start everything again…but I bet that when is over by far will be my two perfect choices of game.. Man of The House and this one. A little rape can do so much as well in here…lol

I think something is broken. I have all of the skill levels of all of the girls at Level 3 but the hotel level is stuck on 2 and is not advancing at all.

not broken just not implemented.

Cant even load a fckn save

Melqui
You can report a comment by clicking its flag icon. Website moderators will know that you reported it. Moderators may or may not choose to remove the comment. And please don't worry, your report will be anonymous.

Congratulations for remembering the Brazilians, missing games in this market with translation in PT-BR or PT, won a player forever