Locus Tenebrarum is a lewd 3D adventure game with visual novel and dating sim elements. You’re a 300 year old vampire, and your friend/maker has gone missing in the city of Tenebrarum, which exists in a liminal space between reality and the world of dreams. Meet vampires, witches, succubi, and other seductive creatures, and find out what happened to your friend.

I know it’s only been a week since the last release, but I have a few big changes.

* First, and most important; there was a bug in the save code for dealing with the inventory. I’m really sorry about this. I absolutely should have caught this before release. Basically, if you have items in your inventory and you save the game, they didn’t load back in correctly. I’ve found a way to parse the data out of save files affected by this bug, so your items will be restored in this release. I’ve also fixed the bug so this won’t happen in new saves.

* The next thing you’ll notice is that the entire UI has been overhauled. I think it’s a lot more modern looking. There are also buttons for all of the various screens (settings, gallery, etc.). Now you don’t have to memorize a bunch of goofy keybindings.

* There’s a quest log now, and it provides a lot of useful information. It tells you about the quests you’re involved in, gives you a recap of what you’ve already done, provides hints for the next step, keeps track of romance-able characters and their fondness for you, as well as milestones that will unlock rewards, and the number of dream fragments you’ve found, and how many remain.

* The last big feature is that Xan now has a phone and can chat with characters. These conversations will reveal new information about characters and can even come with pictures. There’s only one conversation with one character in this release, but I plan to add a lot more, which should keep things more interesting when you’re busy gathering resources.

And that’s it for now. It’s a smaller release than the last few, but it’s only been a week! I plan to spend a little time promoting the game, and then return to adding new content. The game is pretty much where I want it in terms of features and code, so I can finally start to focus on adding content instead of writing code all the time.

Okay, the new version is here, and I can confidently say that this is the biggest set of changes I’ve ever shipped. There’s too much to list, so let’s get started.

* Visual Novel Display System has been added! Every conversation is now presented in a dramatically more visual fashion. Characters’ facial expressions change to reflect their mood, and there are even conversations with multiple participants now! This is basically a remaster of every conversation in the game. Even if you’ve already played the game, maybe consider starting from the beginning to see all the new graphics.

* A previously patron-locked dream fragment has been unlocked for the free tier.

* The first release of the dating sim functionality is here. It’s pretty threadbare at the moment, but there’s a lot more coming!

* Outfits! Along with the new VN system, some characters can have their outfits changed. These changes only show up in the VN sections of the game, because doing it in the 3D environment or in pre-rendered images would take way too much time away from adding other content to the game.

* Skill checks have been added to the game. Certain actions have a chance of failing (represented by showing a percentage next to the choice). If you fail then the option will be locked for a set amount of time before it can be re-attempted. For the free tier it’s 2 minutes, for Players it’s 1 minute, contributors get 30 seconds, and supporters get 15 seconds. I’ve balanced the game so it feels about right at 2 minutes.

* There are inventory items now! You can gather items in the environment, buy them, sell them, and give gifts. Giving gifts makes characters like you more, which will unlock new scenes and outfits.

* Gold has been added to the game to make buying and selling work.

* The choice menu has been re-worked to make it more obvious which options have previously been visited, which are blocked, etc.

* New notification system! I admit, I kind of went overboard when writing this, but it’s really cool. It gives you feedback when different things happen in game, and provides useful hints at many points. People have complained that the game can be a little difficult to figure out, so I hope this will help.

* Subtle animations have been added to many UI elements to make the game feel more polished. The UI has also been re-styled in general. It’s now semi-transparent, which helps see the art. I’m using more consistent icons to make things more obvious. The gallery now has page indicators and better buttons, etc.

* Lots of little bugs have been fixed, like outlines getting stuck when going between rooms, text sizing issues, the screen would sometimes flash if it tried to fade out while it was already faded out, etc.

* You can now press enter or space to advance dialog.

* Sound effects were removed from the Nera dream fragment because I don’t think they really made sense anymore without the 3D animations.

* Some portraits were re-worked.

I know it’s only been two days, but the game got a bunch of new players in the last few days (super exciting), and that came with a lot of feedback.

Here are the highlights:

* Resolution and window mode settings, with support for a number of aspect ratios. Note that very wide aspect ratios are a little rough because the environments aren’t that wide. The game should be playable, though.

* Settings are now saved in PlayerPrefs instead of the save file. This was just dumb on my part. Now you can load an old save without getting your old settings brought back with it.

* There’s now a dedicated slider for the “chatter” volume (the sounds when characters talk). Someone asked me to remove the chatter altogether, but I actually love that feature, so this felt like a good compromise.

* Continue button is now disabled on the start screen unless you have a saved game. This was another goofy oversight on my part. I’m moving so quickly on this stuff, and sometimes dumb mistakes happen since I’m working alone. I appreciate everyone’s patience on this. We’ll get these growing pains ironed out soon.

* UI has been reworked to behave better on ultra wide resolutions. It’s not gorgeous, but menus should no longer clip off the screen.

* Images now crossfade, which adds some polish to the VN scenes.

* The start screen has been given a graphical overhaul. Some people on Reddit had very strong negative feelings about the appearance of the old start screen, so it’s been re-done. I dug into some UI animation tools that I haven’t used before, and I think the results are decent. I may work these into the rest of the UI over time.

After nearly a month, I have a big release to announce! Here are the highlights:

* New save/load system so you can resume from your last session. This took a ton of work because I’m building out all of the core systems of the game myself, and I would expect some bugs to crop up for a little while. We’ll get them ironed out over time.

* New introduction to the game. As I mentioned before, the previous versions didn’t start at the beginning of the story. That’s been resolved, and there’s now a sequence at the beginning that explains the backstory.

* All of the narration text has been re-written. This was very time consuming, but worth it. Instead of using second person present tense (which is common in choose your own adventure novels and interactive fiction), I’ve switched to a first person past tense perspective, which is more common in novels. This allowed me to add a lot more detail to scenes, especially the lewd scenes. I think you’re really going to like this change.

* Dream fragment #2 has been expanded and split up into smaller pieces to make it easier to get to parts of it. This also gives you more things to search for in the world. There are 9 completely new images.

* Part 1 of fragment #2 is now available to free players

* Many existing images have been reworked and improved.

* There’s an intro screen when you start the game. It’s a small thing, but it feels a lot more polished than launching straight into the game.

* Numerous bugs have been resolved involving interacting with things while various dialogs/menus are being shown.

* More settings! Now you can set the volume of music and sounds, along with the speed of the text. These settings are included in your save file and should be restored when you load from a save.

* Improvements to the debug console.

* You can hit escape to dismiss the settings menu (a small thing, but not doing it really irritated me)

* Fix bug with gallery where you couldn’t view the same image twice in a row. 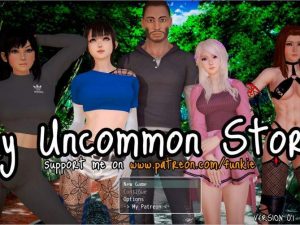 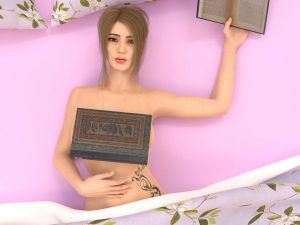 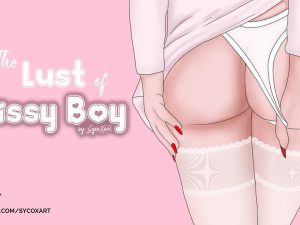 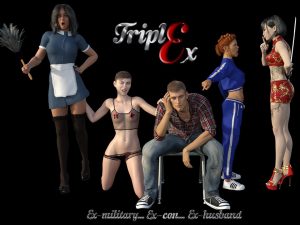 can you add a Mac Version please

it’s not a fucking VN, idiot

Dat neural network art? Cause looks very much so.

Best art ever.
Although, way too short ATM, will definitely keep an eye on this game.

The art is generated and the maker doesn’t even bother to make characters look consistent.The facial expressions are outright aberrant. Literally no effort is put into any of the game’s other aspects. UI is clunky, gallery is unusable, story is barely told and an attempt to make a gameplay is a ruin. Well, the lewd part is done alright I guess, but only compared to the rest of it. The whole thing feels like it has been put together by an underage. Whoever pays this guy on patreon is scammed.

its a nice game, but pleeease remove those timers on them probability counters, its grindy enough, u dont want to wait 2 mins every time u missed the probability, holy cow