Straight!? is a work in progress dating sim/visual novel that specifically focuses on M4M and gay content. The story follows the main character, Zack, from his first day of college after meeting his new roommate, Braden.

In contrast to other games, this game relies heavily on dialogue and character development to tell the story. Frequent conversations and banter will give insight to the two main characters and move the story of their relationship forward.

While there is sexual content, the story builds first–capitalizing on the teasing factor as we struggle along with the main character. Updates generally move the story forward, simulating a serial novel as the story unfolds.​

v0.03
– Corrected several spelling and grammar errors
– Moved some pictures into isolated folders to help cut down on clutter
– Menu navigation now has sounds associated with it for clicking and mouseover
– Supporting the Project link will now redirect to linktree rather than just Patreon to give people more options to support

v0.02.0
-Added Credit and music to the intro and Game Title screen after the Prelude
-Few image folder changes to help organize for future images. Some images were renamed

v0.01.2
-Typo Fixes
-Redundant error of Main Menu music fixed by MadsPatterns. I fucking love you, man. Thank you sooo much for this. I was sooo stuck.
-Audio adjustments by Jordyn
-Increased text size by 2
-Added “To Be Continued…” screen 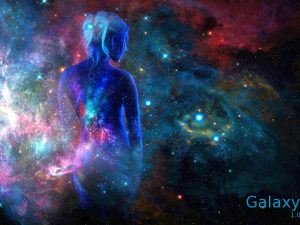 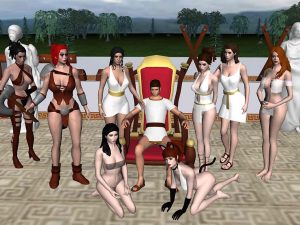 Hollywood and the media relentlessly propagate the image of the fit, healthy, and well-adjusted homosexual. The reality is at polar opposites to this caricature: homosexual and lesbian relationships are typically characterized by instability, promiscuity, and unhealthy and risky sex practices, factors that greatly increase the incidence of serious and incurable sexually transmitted diseases (STDs), including hepatitis, HPV, syphilis, gonorrhea, and AIDS.

the words off someone who has never never spoke to a gay person and just eats up everything on the internet.

and “serious and incurable” both syphilis and gonorrhea are curable with the right treatment. cant even do a google search so i doubt what you said came from a real peer reviewed study on whether gay people are stable people or not, how would you even measure that.

Waste of time, just a story never ending conversation about nothing, and no sex

Why does he wonder if he’s straight? He should just look in the mirror to see from his dumb faggot face he has that he loves to take cocks in the ass, like an homo-monkey in heat

Fun fact: Silvio is Spanish for she who takes it in the ass.

maybe it’s time to be honest with yourself about why you are so fixated on the width of another man’s anus.

You’re the asshole worshiper. So obsessed with it you demand everyone else be as well. You fags flipped out when a hockey player didn’t wear your rainbow shit.

and wtf does this hockey shit have to do with anything.
fun fact: a small minority doesn’t represent the whole. its like saying just because the kkk exists all white people are racist.
just hand picking a extreme and projecting it onto the majority, takes a 10 year old to realise the internet and the mainstream doesn’t reflect reality.

Thinking something is immoral or unhealthy is not a phobia.

and yet here you are. you can’t get enough of it.

when you are such a pitiful man that you have to come to a clearly gay game to called it “gay”, you guys are not better than the woke kids who get offended by everything straight

Mf got mad because people started calling him gay for playing a (clearly gay) game. Bruh…

darling you know that the one who goes to every single gay game to comment is most likely the fag here, you should really try to get out of your closet just rember to bring the lub and condoms you use on the bananas

All that BS about gay proud is a lie, just stating the obvious and they gonna chimp out, then use the same old tatics:
” erm… Y-you m-must be gay!! R-right?!”

Pfft, like your type doesn’t try and gay up everything. You turned superman into a homo.

This is gayer than fuck

Not gayer than a gay fuck. Amiright Captiain Obvious?