This Adult VN tells Angelica’s story; she a nymphomaniac who has been married to Henry for ten years.
But their relationship is no longer the same. Henry is working too much, and they haven’t had sex for a long time.
The main issue with that Angelica never told her husband about her disorder.
She’s been struggling with this since she was a teenager, which caused her to experience many things before she was married, things she’s never told Henry about.
One of those things is that although she currently has her disorder under control, some people have the ability to trigger it, especially Aria and Mark.
Aria is Angelica’s best friend. She’s one of the few people who knows about and has witnessed her disorder, the “real” Angelica.
As for Mark, he’s Henry’s best friend who’s going through a divorce and “needs” a place to “lay low” for a while. The problem with that is that Mark also knows about Angelica’s nymphomania.
This is where we start the game. Will Angelica succumb to the temptation that both Aria and Mark present? Or will she succumb to her disorder? Her destiny lies in your hands. (Yes, the one you won’t be using to fap unless you use both…LOL)

The Game:
The game is a multi-route type of Visual novel where every choice can lead you to a different route; there are 10 routes in total but even those will split into 2 or more endings, and even before those endings, each route may have variations of choices that can lead you to different outcomes. So this is not a linear story, despite the initial plot every timeline will have its own plot.

The Story:
Despite the main plot, each character has their own hidden agenda and motivations; some can bring a full twist to the plot, others can make things more clear to Angelica about what is happening around her, she’s is not naive/to be corrupted woman, in many cases, she’s the one corrupting others. Still, all will depend on the route you choose to follow.

Installation:
1- Extract to the desired location.
2- Click on the “.exe” file to start playing.

– Added link buttons to the Main Menu screen:
– Patreon page Button
– Slushe page Button
– Discord server Button
– Deviant Art page Button
– Converted Every Animation in the game to a Video File.
– 224 Aniamotion converted
The main reason behind this change is that crashes no longer occur on the Android platform while executing heavier animations.
– Added a new feature to the game.

Gallery:
– 5 new animations to serve as Gallery background.
– All sex scenes, except for the scenes in the intro, are now accessible through the gallery.
– Updated the Official Walkthrough. 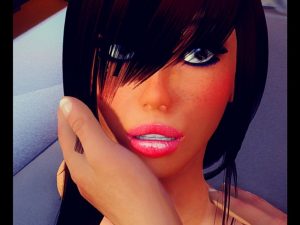 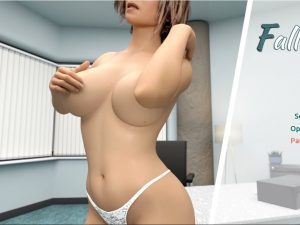 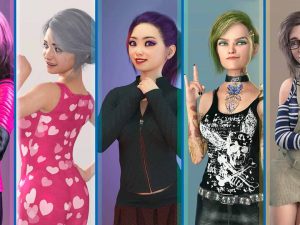 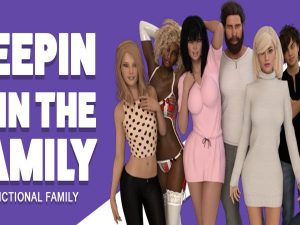 Keepin’ It In The Family: Dysfunctional Family [Day 4] [Greebo]

It doesn’t take 8 Months to release an update. The new dev is wasting everyone’s time right now. This should be marked as abadoned already.

HAHAHAHAHAHA , typical crap from crap games. Dev team runs away 1 by 1 cause this bs is a joke and they got enough money from the closet gays who play FMC games where the only choice is sleep sleep with guys or bad ending ( thank you so much for giving me the choice dev) and act like they not gay or and I love the guys who say they play FMC just to turn them into sluts and sleep with every man in the game and still deny they are gay. Really though how many of this dumb ass games that say you have a choice when you actually don’t die off without even completing them, they just put as much shit in the game to make everyone happy and then get bored and leave or come up with an excuse why they can’t finish. While games that actually have good stories and full games don’t get the support cause they don’t pander to the sick and twisted

1 dev is on his 3d game and his stories are great his updates come quick and no excuses and whining like a little bitch about every small thing like these devs who have tons of support who goes dead for months at times before they add anything new. Look up sorcerer and TRS his 1st game they are great and now he is making TRS2 while this crap is not even half way threw. WHAT A FUCKING JOKE!!!

A big development in this game. Saruh, the original Dev of this game has withdrawn because of personal issues, and Slappy who has been working on the project for a while now as a co-writer has taken over. He says the game will still be completed, as per the outline that Saruh planned in advance. And since he will be working with a team, whereas Saruh worked mostly alone, he hopes updates can be released more frequently from now on.

That post was on February 2nd. It’s March 7th now and he hasn’t posted shit for updates since. This game is going to end up dead in the water like so many others have.

Yeah, but he’s still been posting on Discord regularly. Apparently, the cuckquean route will reach it’s end in the next update, and it will have about 10 different endings, with three of them redirecting to other routes. At the moment, they are working on the renders, and as the next update is going to be longer than average, there are more renders required than usual. So no likely date for the next update as yet.

I love a good ntr game but this one is just a straight up dumpster fire. Shitty story with an even shittier set of characters