Fuck Nights at Fredrika’s is a pornographic parody of the first Five Nights At Freddy’s game. The objective of the game is to keep yourself safe from animatronics with malfunctioning AI.

Controls and Mechanics:
W – Face front
A/Click to the left – Turn left
D/Click to the right – Turn right
S – Open monitor (when facing the front)
Monitor can only be controlled using the mouse.
Spacebar – Close whatever door you’re facing
Controls for the ‘Toy Box’ poser mode are there when you open it.

Mechanics
Teddi(Bear) – Wanders around, turning off lights every now and then. This doesn’t really do anything until super late in the night when you’re trying to find Chica. When attacking, she’ll come to your right door and wait a bit before entering. To stop her, just close the door on her.

Chica(Chicken) – Totally silent and can enter your office at any time without you knowing. Watching her on the cams stops her from moving (unless she’s already walking) but it’s pointless until she’s in the office hallway. She only goes to the left door, but never shows up in the actual doorway. If you spot her in the camera while she’s about to enter, however, she’ll go away.

Bonnie(Bunny) – Sits on stage and doesn’t really do anything, up until she hacks you. If she hacks you and you don’t fix it soon enough, your power goes out and she attacks. To stop the hack, open the monitor and connect the green power nodes to the battery nodes by clicking. It should tell you how to do it when it happens, though.

Foxxxy(Fox) – Stays on one camera and gets pissed off if you don’t watch her play with herself on your monitor. If she gets too upset, she sprints down the hallway. If you manage to stop her at the door, she waits and taunts you until you finally open the door, and then she attacks.

New Chica Maledom scene
If you’re looking to your left as Chica tries to sneak into the office you will now cause her to stumble backwards. Clicking her while she’s on the ground will trigger a new maledom scene.

Platinum/Shadow toys added to toybox
Players who have the appropriate achievement can now purchase platinum and shadow variants of the sex bots in the toy box. Halloween/Festivus toys have also been updated to use the new achievement system.

Bugs fixed:
Fixed the brightness slider and increased its effect.
Reenabled Springtrap’s ability to use the “Look at” function in the toybox
Fixed an issue that required restarting the game to play an arcade night after a campaign night.
Fixed Mangle’s scenes from clipping into the stage
Fixed Foxy’s Stroker in the toy box from becoming invisible.
Tweaked the Toybox UI to avoid buttons appearing offscreen 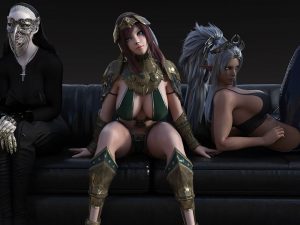 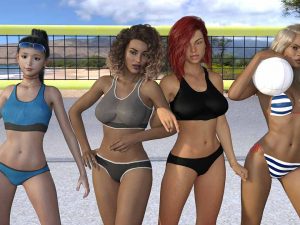 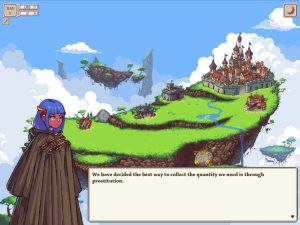 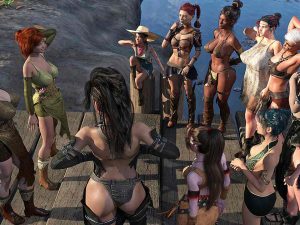 Guys I have a problem, I was able to install this game but am unable to play it. I went and pressed FNAF.exe but its doesn’t seem to be working on my end and I tried to restart it and so far need help … so reply anytime no matter if it takes weeks, months, or year and I will come back to see and hoping you have the answers to help me out or some way to deal with it.

This game is awesome!

wish you can turn off the timer

If you like FNAF you’ll like this. It’s still in dev, but definitely playable and there’s unlockables.