Hacker’s Restart is a game about you and your childhood friend starting a new chapter in your lives in order to save your parents from the legal troubles you brought on yourselves.

As the child of a rich family, you have lived a privileged and isolated life. Being protected from the outside world by your parents your entire life, you never had the chance to make a lot of friends. This is the reason why you and your childhood friend Celine started living your lives in front of computer screens.

It all started as a fun little way to mess with Celine, hacking into her computer as a prank and having fun with it. Your fascination by the world of hacking quickly spiraled out of control as you got more engulfed by it, which landed you in a sticky situation with the law. Even though who you are- other than your online name- is not known by the government, this doesn’t mean that you are safe where you are.

This is where your story starts. What will you encounter in your new life? Who can you trust? And most importantly, will you be able to outsmart the law?

-Added the remainder of the operation day

-Removed some unnecessary options from the start

-Made many adjustments to the dialogue of all previous days

-Made adjustments to the dialogue of the previous day

-Added a new disclaimer to the start of the game

-Made several changes to the dialogue from previous updates

-Adjusted the textbox size to fit the text better 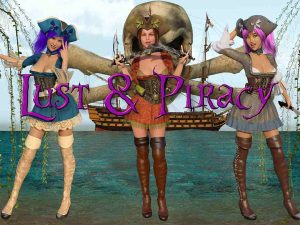 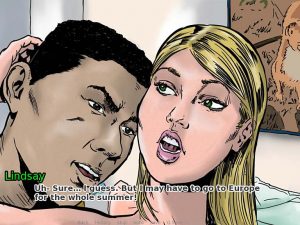 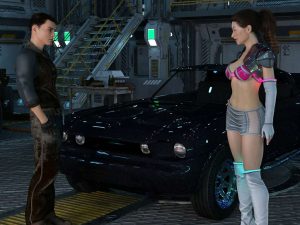 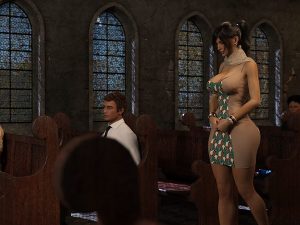 Amazing game, with smooth animations, sex sounds and a bit of controls during action. Looking forward for more advanced scenes and poses in future.

Well. just played it, unfortunately i was not impressed, it failed across the board for me, the character models were not attractive, the renders and models used were low quality, the dialogue was painful and felt like filler a lot of the time and the story line is weak and has holes in it, I don’t think I#ll be continuing with this unless the dev halts here and has a complete revamp of this vn.

DEV After going to College and as soon as you meet the man in the class, the errors don’t stop until you reach the end of the update. Also there are many instances where the main character has no visible text. Check before publishing an update.

Why did I even waste my time downloading this “update”.

try reading the changelog next time.

Not a bad intro. Looking forward to seeing how it develops.