Noe Way Out! This is the first installment in a planned 4-part series of NTR origin stories that follow the main cast of girls up to how they ended up at ‘Little Toscana’. This is both the first published content in the Noemi’s Toscana Rebirth (NTR) branch of the beWilderverse and the first content published in that shared universe outside of the AoH branch.

This is also the first appearance of many of the series main characters, including the titular Noemi, as well as Brad, Salvatore and “Old Roy”… plus side characters such as Alice and Beth.

NTR Origins: Noe Way Out Notes
A short but full story spanning an unspecified but large span of months, playing out across 7 scenes. They tell the story of Noemi Bellocchio and her fall from successful restaurateur after a number of setbacks. A full lead in to the situations and characters first encountered in Noemi’s Toscana Rebirth (NTR) main game.​ 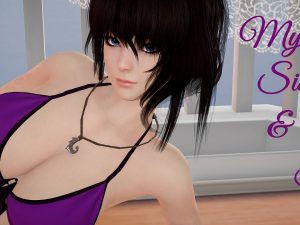 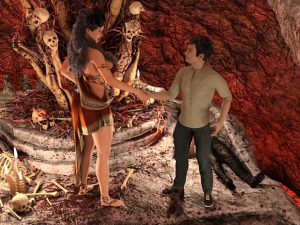 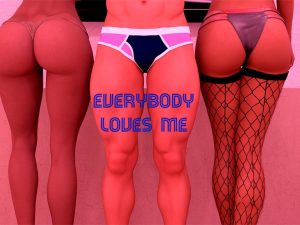 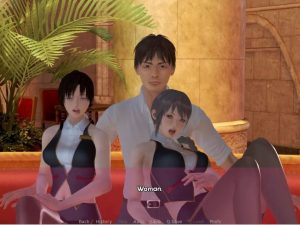 Absolute GARBAGE!!! I went into this understanding it was just a visual novel, not a game. But there is no ending to this story. It’s just a really annoying, STUPID beginning to one with all the usual bullshit, unrealistic tropes I have seen too many times before. There’s no real “sex” to speak of, just one brief scene which made zero sense. There’s an owner of a deli that seemingly has all the power of the universe and everyone in the palm of his hand, it’s utter ridiculous!!

yal motherfuckers need to chill. if u dont like a certain thing move along stop sooking xD

Fuck off idiot! This is for REVIEWS for a reason! If we played it, and it SUCKS (as this game does), than we come here and say it fucking sucks whether you like it or not! Go rub salt up your fucking ass goof!!!!

As with 100% of all the cuck trash ever made, this “game” is utter fucking garbage. Honestly, why do all these retarded excuses for devs keep pandering to that shitty non-fetish?!

I would guess because there are people who enjoy it. A better question would be why you are actively protesting the existence of these games when you could just ignore them?

This isn’t even garbage for NTR, this particular “episode” has nothing! No NTR, nothing at all, just an absolute RIDICULOUS plot with a man who has super powers to make everyone do as he wishes with the police and the mayor in the palm of his hand, and new waitresses, bow down and blow him on command, give me a fucking break. This is STUPID, and this particular episode is short. It certainly didn’t leave me wanting to play the rest of this TRASH.

Don’t waste time downloading this, if you are looking for game to play!!

This is not a game at all, it is just a story with pics.. not ones are the you given a choise, and you have no influence what so ever on what goes on, all you can do is click the text-box to progress the story to next slide..

Youre right, its not a game its a visual novel as it says in the info. Novels generally tell a story, so you don’t get a choice. Im not the dev nor a fan of ntr myself, but I dislike people that shit on someones work because they didn’t find what they were looking for. Animations are not required to make a good story

Fuck off! Did you actually play this garbage?! There’s no game, there’s no story (just the start of some bad garbage), NOTHING! It’s a complete waste of time no matter what it is, or what you like!!!

It’s not even a proper visual novel! It is the opening to a story, very brief with an absolute RIDICULOUSLY STUPID plot, that comes to an abrupt end, asking you to play the real game! This did not leave me wanting to play anything else by this dev. He has some DELI owner who has the police and the mayer in the palm of his hand and new waitresses blow him on command, come on, some fantasies I can tolerate, but not this stupid shit.

This short episode, is a waste of time.

it’s up to u to find out

This particular download is hot garbage. Short, no ending, just a really bad intro to another game with a stupid story.