”The Castaways” is one of many games being created in a fictional American city known as ”Flash City”. Flash City is a city known for its glitz and glam through the many nightclubs and casinos found throughout the city. Some say it’s like New York City, other’s say it’s like Las Vegas. In reality, the city is the outcome of what you get when you combine both together.

The Castaways will take the player on a journey through different situations with different outcomes. “Really? SizzleSurp3D s-said d-different outcomes?!” Indeed I did. In Chapter 1, you will be given different opportunities to recruit followers, form relationships and find out about each character and their traits. This will construct a different playthrough in the following chapters, depending on what you choose of course. So you can pretty much pick and choose who you want to get acquainted with.

In the Castaways, you will play as a 24 year old male, who, accompanied by your wife, join your fa-friends.. on a journey to a tropical resort known as the ”Flash Islands.” You have not been in contact with them for an extended amount of time, but, this vacation will give you the opportunity to catch up with them. However, what seems like a nice little getaway from the everyday work and stress you are used to, takes a turn for the worse.

Thank you for playing!
– SizzleSurp3D 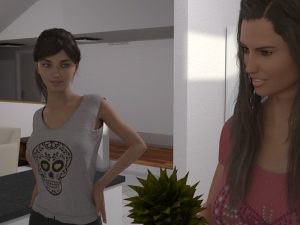 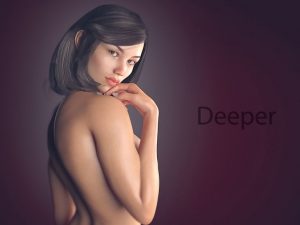 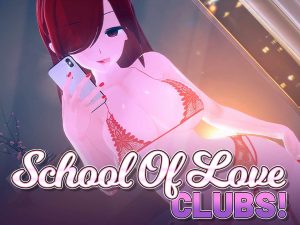 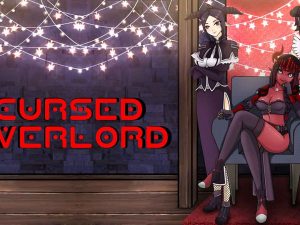 Wait what? I know this is “demo” but hell, this doesn’t have gameplay AT ALL. Just intro. And it’s so short that you can complete it just 30 seconds. No joke. But story seems to be fresh and good but why you release demo if there is not any gameplay. Oh well, i wait first episode.

I wanted to say thanks for playing the demo and for saying you will wait for Chapter 1. I really appreciate you for giving the game a chance.

Now onto the demo, the main reason for me releasing it was to get players acquainted with the story by showing you the events that unfolded which will tie in with the story in later chapters. It was also to give me feedback on what people thought of the story.

Thank you again and I wish you the best. 🙂

At first I was skeptical because of it being a demo. But I see developer engaging with people. Nice to see a direct approach with feedback. I wish you much success, developer.

Hi! Thanks for your comment. I am the developer of ”The Castaways.”

I hope to hear from you when I release Chapter 1, as I will be taking all feedback into consideration when approaching Chapter 2! Thank you again for your time , take care and I wish you the best 🙂

Hey man, I found the game quite promising and will be looking forward to play it in the future. I really like that the game has a good story, the content is like icing on the cake (for now).
Really appreciate that you are actually responding to the comments I saw earlier.
Good luck!!!

Hey there! Thank you from the bottom of my heart for taking the time out of your day to play ”The Castaways” demo! I’m the developer.

I am really happy to hear and appreciate that you enjoyed the build up and the events that happened prior to what’s about to unfold 🙂 it gives me inspiration to hear these words and makes me work harder for the release! Also, thank you for the good luck 🙂

Thank you for joining me on the journey and I cannot wait to release Chapter 1!

Those images are so cursed.

Hi, thanks for your comment! I am the developer of ”The Castaways.”

I really found your comment humorous. May I ask why you think they are cursed?

The reason behind why they are black and white is because its a throwback to the events that unfolded which tie into the story and the events which will happen in future chapters. But going as far as saying they are cursed? Eh, I wouldn’t go to that extent.

Regardless, thank you for your words and for taking the time to look at my game!

It’s not just the black and white. It’s the lack of quality you can see in things like the weird cut and paste trees, or the mangled up half expression the man is making. The woman is the most cursed. Bizarre raised facial tattoos, eyes that look like they’re glowing, and an expression that says “Your flesh will come off in strips.” She looks like she’s some sort of monster that eats souls. Is this a horror game?

They all look one second away from a jump scare.

Hi there, thanks for your response.

Well, first of all, those were the environments in terms of the trees, that’s out of my control. Second, you speak on the expressions. I see nothing wrong with them and I think they fit the character’s as the text is telling you about the events. Third, the female will tie in with the story later.

Everything you seen will play hand in hand later on in the game. However, since you think I’m “try-harding” for some reason, then please avoid this game.

Try hard and butthurt. That’s a powerful combination. I had no desire to play this game before, but now I am very very interested. 😀 Your reactions to mild criticism are absolutely hilarious. Sold. I’ll probably donate.

I cannot help if we see things differently. You are talking shit on a game demo. There is literally nothing else to talk about. However, do what you want to do, I cannot control what you do.

“I cannot help if we see things differently.”

Yes and most people would realize that mild criticism does not matter in the slightest at all.

But you’re not most people.

If you are leaving comments so negative on a demo that was specifically released to tell you the story of the game before the future chapters, then please, when you see “The Castaways” in the future do not click and play.

I appreciate you for your time in commenting and checking out the game, even if the art was “not to standard” from your perspective.

With 5 votes already, we need comments on why it has below 3 stars. Thanks.

Hi! Thanks for your comment I am the developer of ”The Castaways”.

Yeah I don’t know, I also would like some responses. Although I think Mr. Primary Beta-Tester hit the nail on the head with his review. Not full of content yet (as intended, but it tells you about the events which fall in with the whole story of the game.)

But.. yeah I would like some feedback also on what people think.

I really appreciate you for taking the time to comment though, thank you!