School Game is a game with RPG elements. You create your character and evolve in a school environement. Learn skills, buy equipement, meet classmates, build your reputation and budget, be a member of the student council and various clubs, and improve your relationship with the head of the student council, which you may decide to replace. Isn’t it what everyone wanted in high school, even in student years: complete freedom of action?​

– The story related to the journalism club was continued. In total, 7,000 words were written, which includes a new 18+ scene with Hitomi, available with the right choices, and continuation of the story of your secret fan who sent you her photos.

– Added new events related to a secret fan. Including 18+ categories.

– Now, if you bring someone to your home, your roommate (If there is one) will react to your guest.

– Now, if a randomized NPC comes to you in order to join the club, his perks will be shown in the menu of choosing.

– On android devices, gesture control has been added: swipe up-opening the settings menu, where it is possible to save/load game, swipe right – skipping text, swipe down – opening the diary.

– Now you can go to the map or to the diary directly in the main interaction menu in one click.

– Added 14 new achievements, as well as changed the rewards given for them. Now they are more exclusive and will not give ordinary rewards like attributes.

– Two new functions have been added to the phone: photo shooting and gallery. With the help of the first function, you will have the opportunity to shoot randomized NPCs/backgrounds of locations, and with the help of the second function, respectively, you will have the opportunity to view what you have captured. In addition, a new button has been added to the menu of interaction with randomized NPCs, which makes the transition to taking photos. (Available only on PC devices: MAC, Linux and Windows for some technical reasons)

– A new mini-game has been added – a blackjack game (a card game). At the moment, you can playing cards on the strip, interest, as well as for in-game currency.

– Added the ability to invite randomized female NPCs to your home. For the same opportunity, new interactions were added, among which there is both a game of cards on the strip, and drinking alcohol. In general, 10,000 words were written for this, so it will definitely not be boring to study this opportunity – the text, answers and everything that happens around will depend on the character of your guest, his condition and your attributes.

– The gallery has been completely redesigned: all scenes are now distributed by characters, information about the maximum available number of CGs to open in the category of the selected character has been added, and a full-screen preview of any scene in the gallery has been integrated.

– All open scenes in the gallery are now permanent data. That is what you opened once is saved even after starting a new game/loading any save.

– The work on freelancing in the PC has been redesigned: now it is impossible to study/take/fulfill orders with a low energy level, and the reward for the order is selected based on the attributes and skills of the game character. In addition, a complete rebalancing of the time spent on the received reward for completing the order, leveling skills and much more was carried out.

– Added a new cheat to the console for Patreon subscribers.

– Increased the time of showing the disclaimer at the beginning of the game.

– Added the ability to preview CG on the full screen in the menu of candidates for the post of president of the student Council.

– Added a new text for different events, which are now affected by the case: for example, now after a fight, if you were not hit, a completely new text comes out, in the outcome of which it is not written that during the fight you had a broken lip. New outcomes are scattered across different events, and in general, you can meet it everywhere.

– Game training has been expanded and also modified in some places.

– The ability to load a save by its ID has been added. In addition, now each save has an identifier specified in the name.

– Auto-saves have been added, available in the “Load saves” category.

– The chance of answering a call from a randomized NPC was corrected and changed. Now the chance of an answer will depend more on the time when you call him, on your relationship and his employment.

– Added new sounds when buying something, as well as when flipping through the diary.

– Fixed a bug where the background of a clothing store did not work correctly during various interactions with NPCs.

– Fixed bugs in the interface of the occult club.

– Fixed a bug where the list of clothes could be overwritten after editing the school uniform, which caused exceptions.

– Fixed graphical shortcomings of the page with achievements in the diary: the font is now the same size, the text is in the same position, and the font itself has been changed to a more readable version. In addition, the names of some achievements have been changed.

– Fixed a bug where the moment with Hitomi’s a date was skipped in the storyline.

– Fixed a bug where after taking the club management guide, you could be moved to the wrong location.

– Fixed a bug where sprites could overlap in some events.

– Fixed a bug where an exception could occur during fights/interaction with NPCs.

– Fixed a bug where there could be a male sprite in the women’s locker room instead of a female sprite.

– Fixed a bug related to the fact that the value of the v_npc variable could not be found, which caused an exception to be thrown.

– Fixed a bug where an exception could be thrown during a call to the NPC.

– Fixed a bug where a male sprite could come out instead of a female sprite during an event with an exhibitionist.

– Fixed some typos in English, Russian and Korean.

– Fixed a bug where the saves could have a different order in the boot menu and in the save menu, which could cause confusion.

– Fixed a bug where the interface in the game date indicator was different in the download menu and in the save menu.

– Fixed a bug where there was an incorrect redirection to 18+ scenes when cohabiting with Ayano. Because of him, instead of 18+ scenes, there were ordinary dialogues.

– Fixed a bug that incorrectly displayed perks in the biography menu for randomized NPCs when playing in English.

– Fixed a bug where there was no “Buy clothes” button in the clothing store when playing in English.

– Fixed most bugs related to music/sounds.

– Fixed a bug related to the fact that on some devices (MAC, some android devices) the patreon code of the game was considered incorrect.

– Fixed a bug where the language selection at the very beginning of the game was shifted by 30 pixels to the right. 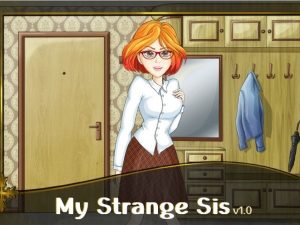 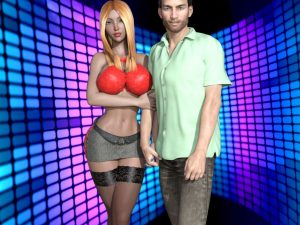 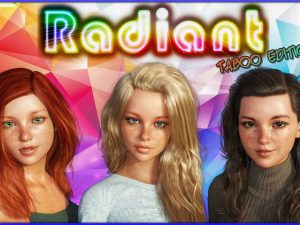 i need a walktrough lol

wow that is allot of items in teh changelog, thanks dev for the hard work!

What a joke game. The thing barely fucking runs. If you value your time, you will not waste it on this garbage.

i really liked this game allot. update looks nice, but it keeps crashing 🙁