Decades ago, Dungeons began to appear in the world.
Inhabitants of Vetus soon discovered that the most daring
individuals could find wealth and glory within these massive towers.
Our story begins in Erenon, the most luxuriant continent, with a temperate climate all year round.
Enter a world where Dungeons bended the world’s economy and changed the lifestyle of every mortal being.
Begin your adventure in a strange way, recruit new friends and form a party to become the most know Adventurer around!
Test your combat abilities in a high-magic world: hundreds of skills, weapons, armors and items!
Follow the story of a farmer who, one day, has to become an adventurer. Will he be good or evil? Maybe just neutral?
Will he be able to reach the top of a Dungeon? Maybe even more than one?
And, the most important thing: will our hero be able to lose his virginity? Will he fall in love and marry? Or he’ll build an harem?
I’ll let you answer those questions during your journey in Erenon.

– Content Rich: One main character, a dozen of recruitable characters, and tons of NPCs. Every character is characterized, by its own strengths and weaknesses. A gigantic world map with dozens of maps to explore. A major story arc, a multitude of Side Quests, and many many random events just for fun. Fight with a multitude of different enemies and bosses! Level up, crawling your way to the top!

– Challenge Yourself: the game has no “difficulty mode” and combats are calibrated with Easy, Medium, Hard and Deadly difficulties, so it is possible to encounter many game overs along your journey. Do not be overcome by despair! The game mechanics reward those who can create combos with abilities and spells, you have many many different combinations. With experience, you can transform a “deadly” encounter for the game into an “easy peasy lemon squeezy” encounter. And there are many magic items to help you too!

– Grow your characters: level up, unlock new Spells and Skills, collect loot, buy items, magic armors, magic weapons, complete quests and meet a dozen of characterized allies to help you along your journey to becoming an adventurer!

– Classes: every character you can recruit has its own Class, inspired by the classic ones: Cleric, Wizard, Barbarian, Paladin, Ranger, Rogue, and so on. Meet characters with unique Classes and find out that some “classic” ones have been heavily modified into something different! By leveling up, learn to master the class of the Main Character and overcome your enemies with your trusted party members!

– Unique stories: follow the main quest, uncover secrets of the Region, get rewarded for doing odd jobs for the Adventurer’s Guild and find out the personal story of every member of the party. Also, there’s a strange guy who follows you everywhere… Maybe he knows something.

Save Location:
Win: \Users\<Your Name>\AppData\Local\User Data –> DefaultErenonfileX.rpgsave
Android: The save files are in android/data but are only accessible in rooted phones.

We noticed some bugs and we proceeded to fix them!

Gameplay:
– Tuned the armor & weapon class-specific system. Due to the fact this is a major implementation and modification, some saves could be impacted with it and don’t work properly.
Although the game may work correctly, we suggest a fresh start in this version.
– Big changes in the Talent system: now the game maximizes the Talent where the Class is proficient by default. Example: Wizard is proficient in Arcana checks, so it’s maxed out by default.
The game always picks the character who has more points in the Talent that is needed in the check (if there’s one).
This is a change intended to streamline the gameplay and the specific mechanic of Talent checks. Now every Class has a few points (per level) to invest in other Talents.
This will make your characters more unique and at the same time, the gameplay is a lesser brainiac.
– Because of the previous point, the tutorial part of Talent checks has been aligned to new mechanics.
– Heavily modified the “Deck of cards” mechanic. Now you can decide what part of day to reach and even sleep to the next day. If you have a Bedroll with you, it will be consumed.
If you don’t have a Bedroll, you can sleep anyway but you get a debuff on the Long Rest, based on the fact that you slept on the floor outside.
– Implemented Autosave every time the game loads a new map
– Lightly modified the Bounty Hunter’s quest text lines
– Updated the Oasis rest event
– Reworked the Boss on 10th Floor of Thalvefell’s Dungeon, now you level up if you defeat it
– Easy Quest in Thalvefell now can be completed even various days after picking it up and can be repeated again the day after you complete it, independently from when you picked it up.
If you have the quest bugged in your save file, as a workaround we implemented a variable refresh on the bulletin board. You need to go there as to retake the Easy quest.
The game will say that you already have the quest but will refresh the variables at the correct state so you can complete it even if it was bugged.
– Smoothed the event of the Bedroll for Long Rest and Short Rest

Bugfix:
– Resolved an issue in the Bounty Hunter’s Quest 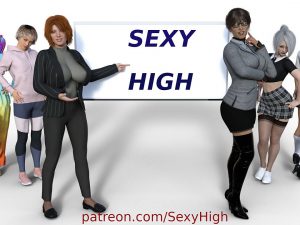 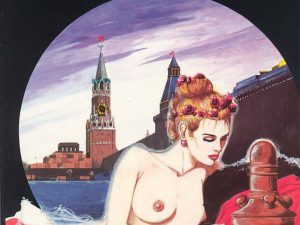 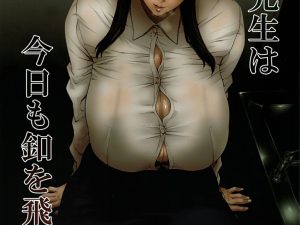 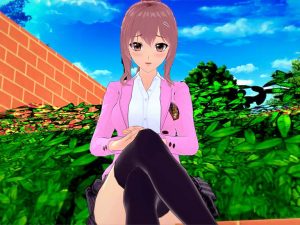 Would have been *MUCH* better in Renpy! tried it for a bit, got so sick of RPGM, (again) had to quit.
All the standard problems of most RPGM games.

RPGM often have WAY too many bugs! not a fan

Stuck at my only quest remaining: go to the forest base when Nadia and Scarlet are there. Went there several times, no options, talking to Scarlet just gives me feedback on Paris mission, clicking on Nadia gives me nothing.

99% of the dev’s efforts are spent on implementing 5e D&D on RPGM. 1% on making actual game content.
D&D on RPGM mostly sucks. and dev had a bunch of other brilliant ideas. such as for example not giving you XP for anything other than killing bosses.
overall this game is a pass

i think it’s important to put a base of combat system and build over it a game, for sure there is not so much content still but i will keep an eye on that game, i see nice possibility to grow.

Then time wasting for player.
Bugs for Dev… rework minigame (balance gameplay) because is boring.
And 5 renders. Really? 5 renders per update? Grow up in 500 years.