Adventurer Trainer is a free non-commercial fan-made porn-parody Dating Sim/Visual Novel with RPG elements, set in a fictional universe loosely based on Konosuba and other titles. You will meet familiar characters, embark on exhilarating adventures, solve mysteries and more!

Thank you for your support and I hope you enjoy playing the game! Leave any comments and feedback below and please consider supporting me on Patreon!

Cheats:
– “clearinventory” to remove all items from your inventory
– “giveitem id” add an item to your inventory (current ids are “healthpotion” and “picklepotion”)

This update is basically Operation Health for Adventurer Trainer. That is, an update focused solely on improving the game. Visuals, gameplay, story, you name it! There are quite a few new things, so check out the GIANT changelog below 😉

Story:
– MASSIVE REWRITE! Our king Kazuma is back to his rightful place as the MC, no more body-switching. I have to admit, while I thought it was funny and in line with many other Trainer-type games, it just didn’t feel right and I’ve grown to hate the premise, as have many of you. These changes are reflected everywhere in the game as well. ALL EVENTS have been updated, many significantly, some have been removed, some added, but I can finally safely say that I’m content with the state of the game’s writing now. Proud, even.
– Tons of sprites have been updated! My standards have been rising ever since I started working on this game, and some sprites just did not meet them, so they’ve been updated. Better quality, lighting and shadows, etc. Oh, and Kazuma has eyes now. Don’t ask me how many sprites had to be updated for that. I want to die.
– Tons of backgrounds have been redrawn to meet my newly elevated standards.
– +1 Priestess Event
– +1 Ghislaine Event
– +1 Dust Event
– +1 Roxy Event
– +1 Megumin H-scene
– +1 Aqua H-scene
– +1 Yunyun event
– +13 animations
– +442 images, totaling 3082
– +10k words, totaling 73k
– Total events: 65, including 15 H-scenes

Technical:
– Switched full-on-random adventurers in the Guild to procedurally generated
– Implemented a custom audio system, allowing for multiple channels, complex transitions etc.
– A whole new HUD for dialogues, including animated character bust-ups. Dozens of unique bustup images per character for each different emotion!
– Added chibi-versions of the main party to use in some events
– Updated HUD for other interface elements, as well as added animated screens to highlights changes in player’s gold
– A new screen for Skills, Feats, and Skill Upgrades! Now using the Power Gems dropped from minibosses, you can increase potency of your abilities or change them in other ways.
– A new screen for Reputation, Stats and Achievements. Oh, and also: achievements! Some of them will also reward you with Gems.
– You can select your party for quests now.
– You can now spend afternoons or evenings in the bath, which will increase your Mana. (or lead to events in the future)
– Changed a lot of older huge .PNG sprites to .WEBP, saving around 30% on space
– Added Church that you can visit to purchase holy water
– Added Blacksmith where you can purchase new weapons and armor
– Added wearables (armor, accessories etc.)
– Optimized reading data files for items/units etc. by preloading them at startup, significantly boosting realtime performance. No more I/O lag
– Added event markers to locations to lessen menu-crawling

Adventuring:
Combat has been revamped significantly. You can read about it in detail in this devlog: https://www.patreon.com/posts/73558573
– Breaking all of the enemies’ shields will now trigger an All-Out Attack, incentivizing strategic use of weaknesses
– (After a lot of internal testing, I’ve temporarily disabled weakness limits outlined in the post above. I’m not a fan of how they influenced combat and not sure if I’ll bring them back.)
– Critical hits will now pierce shields
– Boost Points (BP) have been removed in favor of a new Combo system. For each hit targeting a weakness, your Combo score will increase. You can spend it on powering up your attacks in the same fashion BP worked previously.
– Only every other used Combo Point will grant an extra attack. i.e. 2x, 4x, 6x Combo Points will result in 1x,2x,3x extra attacks
– The Turn Queue has been rewritten and works properly now, complete with nice little animations when characters are taken out of combat.
– Known weaknesses will now be highlighted when you select an ability targeting that weakness
– Added a new detailed hint screen which will display more information about the selected ability and its effects on the target
– Floating messages are now animated
– Combat Encounters may contain more than 4 enemies. Extra enemies will show up as reinforcements once a free spot is available
– Abilities’ Conditional Modifiers now work properly (for instance, Aqua’s Turn Undead deals extra damage to undead)
– Abandoning a quest outside of combat will no longer result in a penalty of the lost evening.
– Added Regeneration, Death Protection, Stun, Poison, Bleed status effects
– Added Cure and Cleanse ability effects
– Minibosses will now drop Power Gems (up to 3 per killed miniboss type). This should incentivize players to hunt them down
– Added Troublemaker feat to Aqua.
– A technical bit: spritesheets can now be manipulated to flip in-game, allowing for units to swap sides (in the future 🙂 )
– Added Secret Rooms! Stay on the lookout while adventuring, particularly in the Dungeon… You might find something interesting
– Added Boss Fights! Bosses change their behavior, abilities, weaknesses depending on their stages; they also have immunities to different weapon types and should pose a significant challenge.
– Added some animations to the hero info screen and made it feel more responsive
– Added Auto-Combat option to speed up trivial fights.
– Added idle animations with different weapons for heroes
– Yunyun can now accompany you on adventures
– Your units will remember which weapon was selected last and start with it each turn

Minor changes:
– In “Welfare Check”, hotspots will now light up after a few seconds of being idle. This should help people with the attention span of a goldfish
– Added a tutorial for the collectibles that you can find during Adventuring
– Fortune Gems now stack in inventory
– Minor performance optimizations to battles
– Adjusted the quick menu visuals
– Darkness’s “How Far I’ve Fallen” will now list “The Things We Do For Crab Dinners” as a prerequisite
– “Welfare Check” now lists “House of Cards” as a prerequisite
– Weather is now pseudo-random. There is a 20% chance of rain within a given week and a half, which should prevent things like neverending rain. Additionally, it will never rain if there is only 1 day left before you’re jailed.
– You can no longer rollback after loading a save to prevent bugs
– You can now turn down Lolisa when she comes over
– Event Requirements will now specify who the event belongs to (if not part of Main progression). For example, “Welfare Check” lists “House of Cards” as a prerequisite and will specify that “House of Cards” is part of Yunyun’s progression
– Added rain ambience
– Updated explosion animation and cast sound
– You will need to complete new Dust event to be able to send him on adventures in the Guild Dispatch system
– The game will now launch in fullscreen by default.
– Added unique failure/success/critical success quotes to Rin, Dust and Roxy
– Added a new marker for Ero-events to separate them from normal events in choice menus
– Moved some Megumin and Darkness event triggers to “room_hangout”, so that its obvious an event is available
– Slightly reduced affection requirements for most main trio events 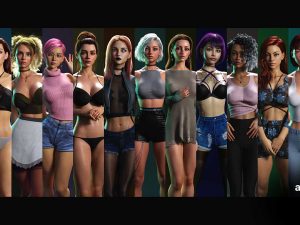 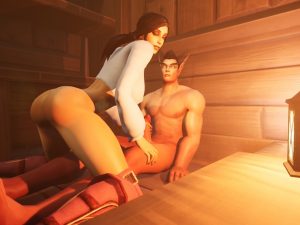 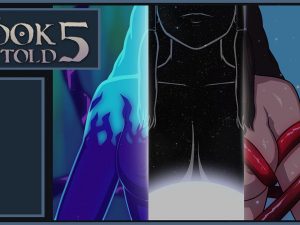 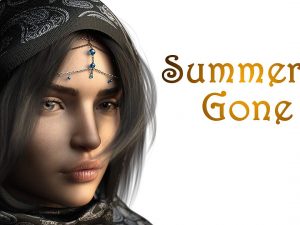 dev removed the whole “you swap with kazuma” thing after everyone complained.
now you play as actual kazuma.

Wow, big update. I hope the Megumin stuff was not removed due to pc pressure.

You never watched Konosuba then.