What if you had a new chance in life? What if you could make it better than all those years of misery and harassment?
What if you could get revenge on all the people who wronged you and get what you always desired….
What will you do, with this chance as you wake up in a youthful body, thirty years in the past?
The choice is yours.​

New features
– Added some extra dialogues with Asami’s corruption/love path.
– It will now be possible to sleep with Asami every night by clicking on the bed before going to sleep
– If you chose to corrupt Asami, she will be accessible in the afternoon and evening in the park, you will be able to interact with her, chat/sexual interaction
– Added a gallery for the animations you’ve already unlocked, you can control them as long as you want.
– The cheat menu has been modified, it is still accessible by collecting money on all the backgrounds, it’s necessary to enter a specific code to get the desired effect. The codes are exclusive to pledgers (Patreon/Subscribstar)
– A button to travel faster between Saito’s room and the city map has been added, it’s accessible from the moment you talk to Chiaki for the first time. – The first level of security for the Renpy archives has been implemented.

Optimisation / Fix
– During a dialogue between two characters, the textbox disappeared for a fraction of a second each time the animation changed.
– There was a one-and-a-half-second delay before you could click to collect money again. This lag time no longer exists, you can spam click everywhere to collect money without missing a single area
– All backgrounds have been optimized to save hard drive space
– To blur the background, a renpy feature was used, it was slowing down the game, now direct blurred images are used, they are very light in size – The old transformations used to take too many resources, this has been changed.
– The display of backgrounds according to the time of the day was done in hard with conditions, we optimized this by using ConditionsSwitch. Globally, before in the code, it was necessary to do this

Much better, isn’t it? For you it’s invisible, but for me it’s a phenomenal time saver and I don’t have to worry about the script anymore, always asking myself what time of day it is?

– The sounds dedicated to the money sound effects are now on the right audio channel (sound).
– All clickable elements of the game have been replaced by faster and more responsive buttons (with condition switches)
– It was possible before to display the inventory and the objective menu at the same time, both were superimposed and unreadable, now you can display only one menu at a time.
– The light mode has been extended to button animations, the dissolve effect will not appear anymore. Also the effect enlarged the characters every time they spoke (pulse effect).

v0.4.3
Patchnote :
– multiple fixes for all remaining bugs
– fixed : the variable that gave access to the cheat menu was not the right one
– Grammar fixes

– Main story update (Just enough to get you working at the restaurant and generate more money)
– Added two stories related to Asami in connection with the main plot
– Added two paths for Asami, corruption and love
– A gallery has been added to view all the CGs you have unlocked

– Fixed : The characters were superimposed from time to time

** the backup of version 0.3.91 is compatible with the new version. However, if you want to unlock all the CGs you will have to start a new game. ** 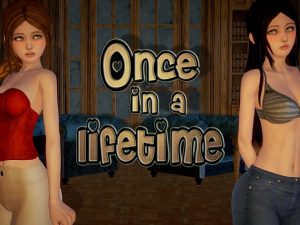 Once in a Lifetime [Caribdis] [Final Version] 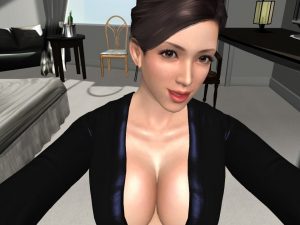 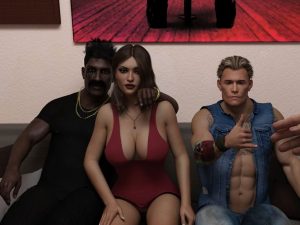 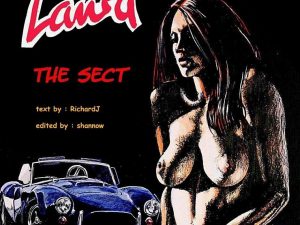 i have a question i played this version of the game completely but i couldn’t find the scene that MC pinned noriko to the wall how can i find it ?

You’ve to choose domination route with Noriko and don’t sleep with Yasuka.

So far so good, I have high hopes for it. There is a bit of inconsistency with the writing though, nothing major. Still, I hope this doesn’t turn into another never-ending project that just milks patreon.

Of course it’s going to be milked.

Promising. Renders are nice. Writing more than decent. Situations and characters seem normal enough for the kinks to make sense. I’ll keep an eye on this one. For now it’s still a bit short.

The money-grind mini-clickables might need some tweaking. Some spots are masked by parts of the UI icons (like left portraits)

How can I meet Minato? He doesn’t appear at his house.

I look forward to it. Nice idea so far. Artwork is unique, could be a bit better. Hopefully it won’t be a quick game. Let it take time. For instance Asami just got rejected, from her crush, and 2 days later she is head over heels in for the MC. Too quick in my opinion.