You play the game as Kana Sensei, a teacher at an all girls school in Japan. Your job is simple. Teach students and give out spankings when necessary. Kana is an expert in discipline and seemingly has full authority at the school she works at. Will she become a tyrant or a saint that students look up too? You will decide.​

##Bug Fixes
#Major:
1. Fixed an issue where if a player started the game > Kana’s Memories > Replayed a scene > Main Menu > Start game > then when the replayed scene was encountered in story mode, the game would then send the player back into Kana’s Memories.

#General
1. Game is being packaged for the early access supporter release and the public release.

#Additions
1. Translations from volunteer translators have been added:

##Bug Fixes:
#Minor:
1. Fixed the arrow overlay in Taiga’s OTK scene where the button persisted and caused a black screen unless the player clicked again.

Hotfixes made on the Beta Tester build.
##Bug Fixes:
#Major:
1. Fixed a bug where the in-game load/save screen would crash the game when playing the game in Chinese during certain scenes.
2. Fixed a bug at the end of Day 1 when going to bed where the game would complain about an undefined clock variable and cause an error,

#Minor:
1. Fixed a bug where the radial inventory menu would sometimes allow a player to “click through it”, which made the player enter the main school building while keeping the radial inventory menu open.
2. Fixed a visual bug in the questbook where players would rollback past a quest flag and cause the quest state in that category to not properly update in the questbook anymore.
3. Fixed a bug in the questbook where mousewheel scrolling up while viewing the questbook would cause the player to rollback to previous scene/location unintentionally.
4. Fixed a bug where the questbook would reset all quests to (not complete) when the player opened the the questbook more than once while on the school map.
5. Fixed a small issue in Taiga’s punishment select screen, where if a player Ctrl skips through an animation, the punishment select screen will render all the buttons unclickable.
6. Fixed a bug in Rock, Paper, Scissors minigame where the result text was not properly being translated when playing in Japanese and Chinese for certain outcomes.
7. Fixed a couple gramatical mistakes in the English version.
8. Added a missing “end replay flag” in Ichika yuri vibe scene when in Kana’s Memories.
9. Fixed a small bug when replaying Taiga’s scene in Kana’s Memories where the camera button would not work when clicked a third time. (Replaced with a continue arrow.)
10. Small bug fix during Sena’s spanking scene when playing in Japanese. (Translator copy only)

Beta Tester Build
#General
1. Game packaged for Beta Testers and Translators
2. About 2 hours worth of new content to play through.

#Misc/Other
1. Added machine translated Simplified Chinese.
2. Added machine translated Japanese.
3. Changed game font to a universal one to support translations to other languages in the future.
4. Persistent variable flags added for certain choices the player has made.
5. Improved interactive spanking scenes (Day 2 only).
6. All images and animations compressed to reduce game size. 7.64GB -> 2.68GB
7. Day 1 (Courtyard): Changed dialogue to address instances where the player speaks to the girl on the bench before seeing the girl stuck in bush. 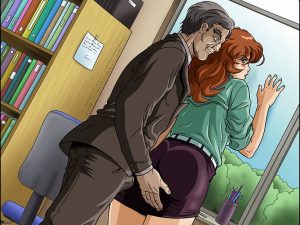 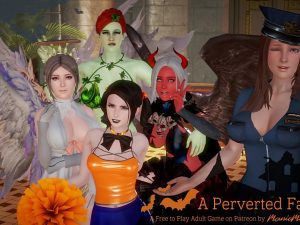 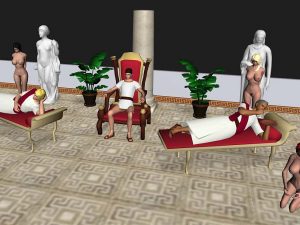 is this a rip of the headmaster ?

Ok gonna try it out. Seems the game is big enough now. I want to spank a useless goddess.

No useless goddess yet. However there are other characters you’ll be familiar with if you watch anime. The game is actually funny and at times hot. No grinding at all. Which is GREAT! I don’t even like most female protag games. However this ones pretty good. I’d give this an 8/10.

What’s the point of this exactly?

its good,but too short