It is set shortly after the events of the Lab Rats 1, but will not require any knowledge of it to enjoy.
The game will focus on corrupting your female employees as you build your pharmaceutical empire.
The game will feature procedurally generated girls, a detailed clothing and outfit system, and a complex sex system.

– Person.get_opinion_score now supports handing over a list of opinions, returns the sum of all opinions.

– Moved situational sluttiness modifers for sex into their own label so they can be called and cleared by other events consistently.

– Detailed person UI now displays if a girl is pregnant, and if so for how long that’s been true.

– Stripteases support multiple positions, each of which has a unique set of descriptions.

– Striptease poses now allow for a list of description labels to be provided. When called for a random selection from that list is made.

– Striptease poses now seperate descriptions into directions “towards” and “away”, reflecting if the girl is looking towards or away from the MC as she strips.

– Added “leads to” field to striptease poses, details what poses the current pose naturally flows to, and the style of instruction that woudl be given, ie “Come closer”, “Start dancing”.

– Stripteases produce a variable amount of arousal for the girl. Default is 0, modified by some opinions.

– Added “is close” field to StripteasePose class. If True this pose is close enough that you could reach out and touch the girl.

– Added ability to touch a girl who is close. If the girl allows it, this adds your Foreplay skill to her arousal each round.

– Added ability to jerk off. If the girl allows it this increases your arousal by your own Foreplay skill each round.

– Stripsteases now generate Clarity each round. Amount varies depending on how much the girl is wearing, her Foreplay skill, and how sexy the pose is.

– Added ability for girls to climax while giving a strip tease. This triggers a description unique to that pose.

– Added ability to use an Orgasm Trigger Word to make a girl orgasm while giving a strip tease.

– Added ability to tell a girl to strip down while she is giving a strip tease.

– Added “for pay” variants to all of the strip tease actions. Girls will usually ask for money to do things, but are more easily convinced to do things they wouldn’t normally do.

– Added obedience branches to all of the for pay branches. Girls with high obedience will do what you want without you paying them if you demand it.

– Added ability for the MC to climax during a strip tease.

– Added multiple climax branches depending on the pose the girl is in at the time, if she’s aware you are going to climax, or if you are jerking off at the time.

– Added for pay climax branches. Allows you to offer a girl money to take your load in a specific way.

– Fixed post-sex arousal math. Now properly maintains Arousal if girl did not climax, decreases it if she came.

– Fixed reveal sexy opinion not properly revealing any opinion at all.

– Fixed some incorrect character dialogue titles and colours in the tutorial.

– Fixed hypno trigger orgasm imporperly returning you to your phone after texting a girl. 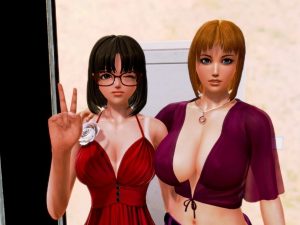 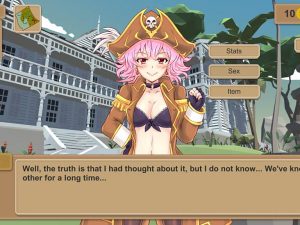 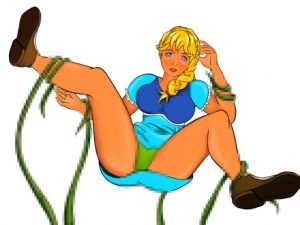 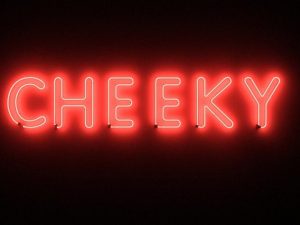 Game is just the first 5 minutes of playing on rinse and repeat. Gets boring very quickly. Literally the same shit over and over. Each uodate adds virtually no actual progress content, just more cosmetic changes.

In theory, game sounds good, vut the developer clearly has a fetish for womens clothing, and spends a significant amount of each update on clothing.

As a business managing game, it is par. After the first 10 minutes or so, any and all challenge is gone.

It is truly the most basic of basic business managing games.

I love the game concept and i don’t mind being this grindy. The business building part of the game is also good . But the sex scenes and animation are doing much to me, i rather use my imagination than watching waved, stretched sprites of a character going up and down. DEV please put some work into Mother and sister animation.

so, step by step we are getting close to… nothing?! now we have a whole update dedicated to a single action / option.. striptease 🙂 damn, good job, dev… more teasing, please 🙂

not to be hateful, but your native language is not english, is it?

nice….every update and again from 0…why we have the save option

Harem route when? Or more options when playing cards with them… ﻿

well it’s not half way finished yet, so hopefully eventually?