If you’ve always wanted something different in ‘The Beauty and the Beast’ ending, then our game is what you’re looking for! You play as Gaston, who has taken on the guise of a bookstore owner. This opens up a lot of possibilities. Now you can change the classic story to your liking! Will Gaston win the heart (and not only the heart ^___^) of the beautiful and clever Belle? Or will she still be with the Beast (that’s just not the fact that in his form of a prince)? Or maybe this place will be taken by a hero (or heroine) completely unknown before? You decide. A lot of magic, corruption, active characters, lewd themes and plots. And the insidious Tentacle Tree as a bonus!

— Now updated quests are moved to the beginning of the Quest log;

— Added the new quest category “maximum in the current version is achieved”, to make it easier to navigate in the Quest log;

— You can see the stages of completion of already completed quests;

— Added a ‘completion/maximum in the current version’  indicator for many quests from the previous versions (20+ quests) (should work with old saves as well);

— Added the “Back” button, leading to the root of the quests list from the log of a particular quest.

— The guards will calm down a bit with their night raids. The interval between roundups has been increased from 3-7 days to 7-10, the first roundup will occur two weeks after the start of the game, instead of three days, as before. Also, the maximum fine for resisting guards has been reduced from 300 coins to 200.

— ‘les’ bug during Betsy and Emma’s event in the stocks (also made changes to avoid similar errors in the future).

— Scylla no longer takes off her mask at inappropriate moments.

— Some (minor) episodes did not activate on the Lake.

— Betsy no longer gives silver plates in the middle of a conversation, only after receiving the task.

— Wrong layers order in the scene with Emma and Belle in the garden with the Tentacle Tree.

— Misprints, mistakes in texts and localization in English. 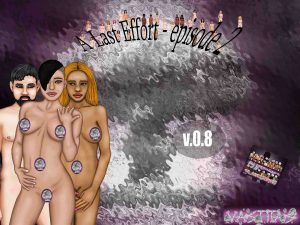 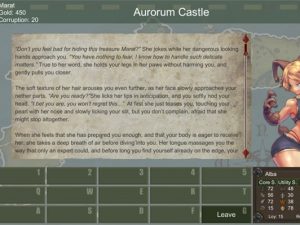 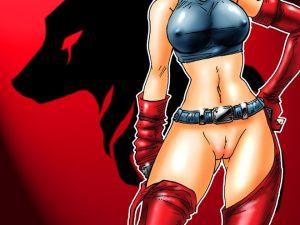 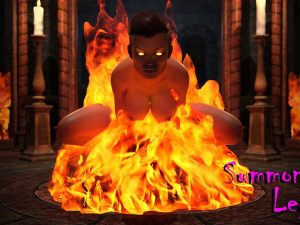 Something knows the pasword

How do I save on Android?

Very grindy but it gets alright once you reach the interesting parts (took me hours though). A bit confusing as to how to progress in the different routes sometimes. Lots of playable content and events, though the sex comes late.

It is fun and all, until I got to the part where I built the reading room. Then it crashes and ignoring th issue won’t help, since you won’t be able to access any location after that.